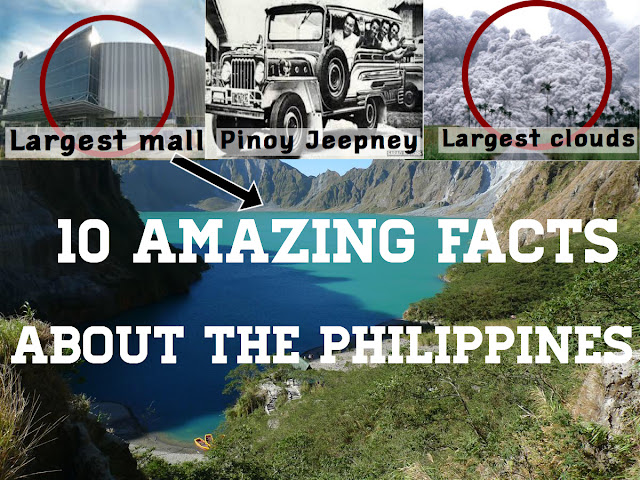 1. The 3 Largest Shopping Malls in the World are in the Philippines 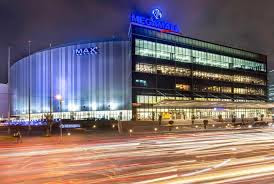 The 3 largest malls in the world are found in the Philippines. SM Megamall is the 3rd largest, while SM City NorthEdsa and SM Mall of Asia are the 4th and 10th largest.

The expansion made on SM Megamall in 2014 has transformed the mall as the largest mall in the Philippines, surpassing SM City NorthEdsa

2.  The top 3 most populated cities in the world are in Metro Manila


Manila ranked in the list of Cities by population density with only 2,498 hectares of land area occupied by over 1.65 million populace.


3. MT. Pinatubo’s eruption created one of the largest clouds in history 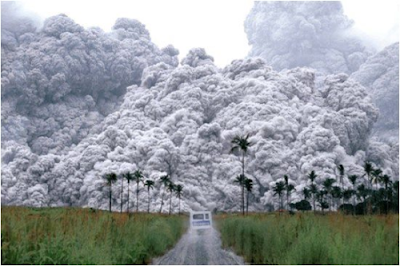 The effects of the Mount Pinatubo’s eruption were felt throughout the world after it emitted around 10 million tons of magma and 20 million tons of toxic sulfur dioxide. It sent up a cloudy plume that reached 25 miles (40 kilometers) high into the air.
4. The height of Quezon Memorial Shrine was based on President Quezon’s age when he died 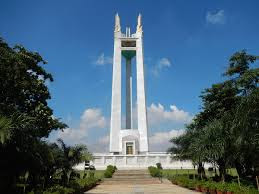 The monument has three vertical pylons symbolizing Luzon, Visayas and Mindanao. They measure 66 meters in height based on President Quezon’s age when he died on Aug. 1, 1944. The site was declared a National Shrine by President Ferdinand Marcos.
5. The Philippine jeepney was brought by American Soldiers
After the Second World War, the Philippine jeepney was born out of the G.I. jeeps that American soldiers brought to the country in the 1940’s.
6. During Manny Pacquiao boxing fights, the crime rate in the Philippines almost drops to zero 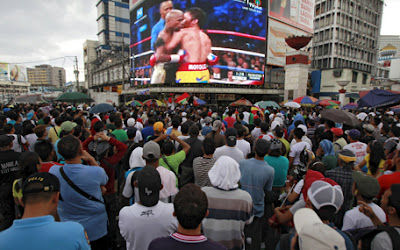 Every time Manny Pacquiao has boxing fights, the whole country would virtually stand still. The Philippine National Police (PNP) recorded no crime at all in Metro Manila during his 12 round-fight against the undefeated American Boxer Floyd Mayweather Jr. There had also been a remarkable drop in crime rates during other major fights of Manny Pacquaio.
7. Puerto Princesa River was the longest subterranean waterway in the world 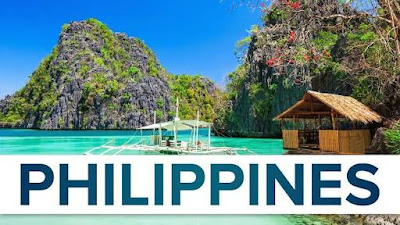 The Puerto Princesa Subterranean River in Palawan is 8.2 Kilometer long. Until the discovery of a 10-kilometer underground river in Mexico, Puerto Princesa was the longest subterranean waterway in the world.
8. Pope John Paul II offered a mass to about 5 million Filipinos
On Jan. 18 1995, Pope John Paul II held a mass to about 5 million Filipinos at Luneta Park Manila. The event went into the Guinness Book of World Records as the Biggest Papal Crowd on history.
9. Super Typhoon Haiyan has the strongest wind ever recorded at landfall
Typhoon Haiyan is the deadliest typhoon in the Philippines ever recorded in modern history, killing at least 6,100 people. Yolanda is also one of the strongest storm recorded at landfall.
10. The world’s biggest pair of shoes were made in Marikina City 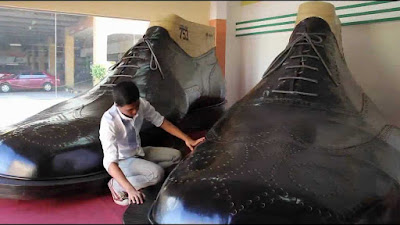 In 2002, the world’s biggest pair of shoes were made with about 5.3 meters in length, 2.4 meters in width and almost 2 meters in height. The Shoes cost two million Pesos.
source:  faq.ph