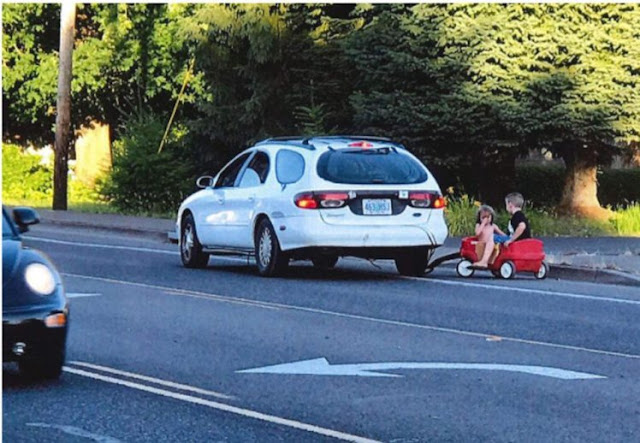 Alana, Nicole Donahue, a 27-year old mother was arrested after being pictured towing her children in a toy wagon behind her car on a busy road while waving at other vehicles to overtake her.
A concerned motorist photographed the mom driving a White Ford Taurus while her kids are being towed in a toy wagon.
The mother was accused of endangering the kids and was captured less than an hour after being shown the incredible snaps by concerned motorist. 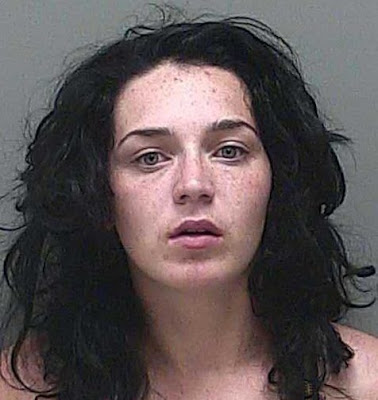 Police Officers were sent images of the Mom pulling her two-year-old girl , four year old brother and their eight year old cousin in a toy wagon on a busy road. The vehicle traveled up to an estimated 30 mph.
The mother attached the small plastic wagon to the rear of her car with a rope to ‘show the children a good time’.
One witness reported the two-year-old began crying after the toy wagon went up on two wheels during the trip.
In a police document, Lieutenant Mckee said: “Witnesses reported Donahue was indignant when confronted by motorists pleasing her to stop, telling them to “mind your own business”.
She was arrested and police say she did not appear to be under the influence of intoxicants. Her children have been placed with another person and Donahue was booked at the Springfield Municipal Jail.
source:  metro.co.uk