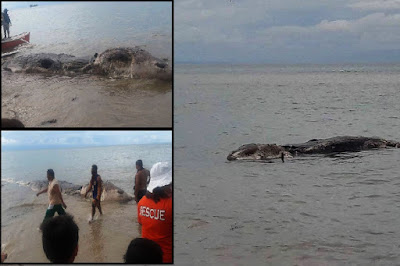 Photos of the sea creature, taken by Nujnuj Capistrano, has since been viral on social media. 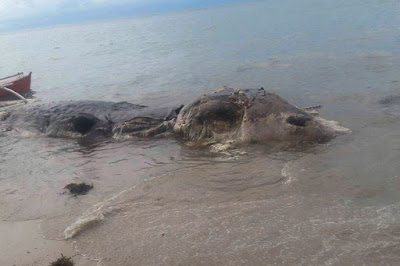 The sea creature was as big as a jeepney, looked like a whale but its species could not be ascertained because it was already decomposing, said Bureau of Fisheries and Aquatic Resources Field Officer Julius Alpino.
Is it another sign that our mother nature wants us to realized? What can you say?
Source:  ABS CBN News