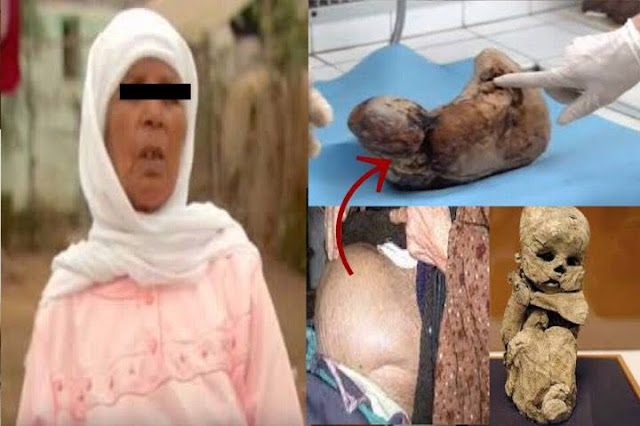 A 75-Year-Old Woman from Morocco gave birth to a ‘stone baby’ that she had conceived 46 years ago and had carried it inside her for a very long time. 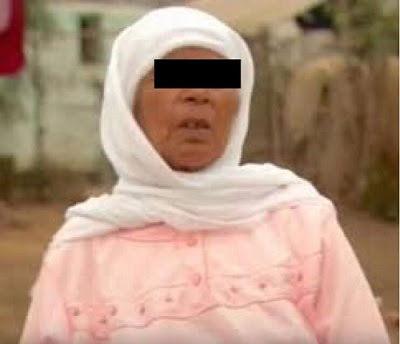 In 1955, A Morrocan woman named Zahra Aboutalib got pregnant with her first child and was rushed to the hospital after 48 hours of labor. She was scheduled for a Caesarean Section. But she later saw another pregnant woman die while giving birth. 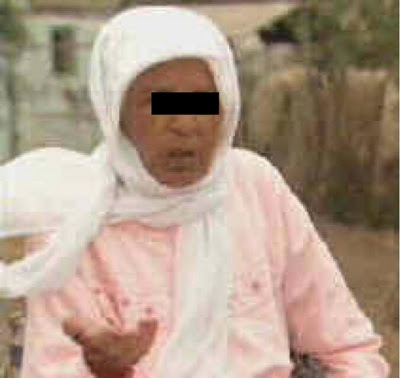 Seeing how scary and hard it is to give birth, this caused her to leave and never return again. She kept on experiencing pain for a few days but as soon as the pain faded away she had forgotten about her unborn child as well. 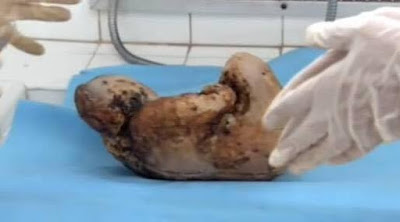 Zahra believed in the Sleeping Child Moroccan Myth and went on to live a normal life adopting three children. 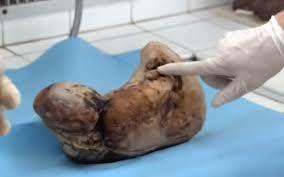 But when She reached her old age of seventy-five, her pain returned to hunt her. So her son became concerned and took her to see a specialist. 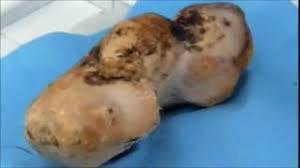 A professor suspected the reason for the protruding belly was an ovarian tumer, so he told them to do an ultrasound scan. But the results revealed a large mass that no one could identify. 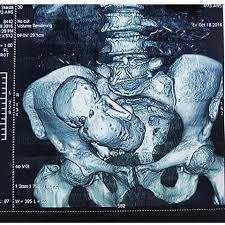 Apparently, she was still pregnant and her unborn child had turned into a ‘stone baby’. 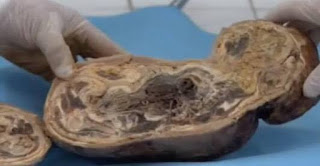 A Stone Baby is a rare phenomenon which occurs most commonly when a fetus dies during an abdominal pregnancy, is too large to be reabsorbed by the body and hardens on the outside as part of a maternal foreign body reaction, shielding the mother’s body from the dead tissue of the fetus and preventing infection. 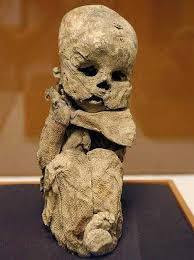 Zahra had an ectopic pregnancy, where the fetus had burst the fallopian tube and was developing in the abdominal cavity that caused her pains.
Surgeons successfully removed the fetus from Zahra’s body and it weighed .7 pounds and measured 42 cm in length.
source: viral4real.com
disclaimer: some images shown are for illustration purposes only