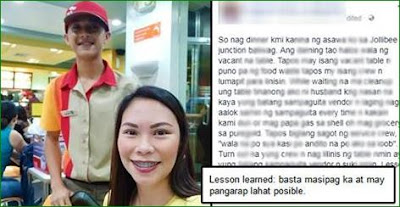 In a viral post posted by a certain Rhyzz Balanday was certainly surrounding the social media today. She shared a wonderful occurance that transpired following her and her husband’s dinner at Jollibee Junction Baliwag. 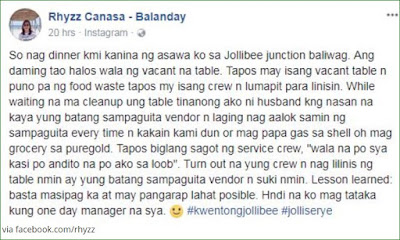 As the couple waits for the crew to clean up their table, Rhyzz was asked by her husband regarding the sampaguita vendor who sells sampaguita to them everytime they are near the area. Apparently, the service crew had been eavesdropping the whole conversation of the couple and who would have thought that he will be the one to give a plot twist to their conversation. 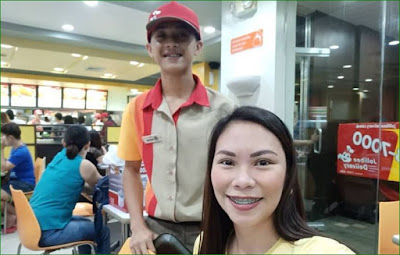 It turns out the the young boy who sells sampaguita near the area is now a Jollibee crew. Rhyzz expressed her gladness and praise to the young boy who is now a crew by stating that she wouldn’t hesitate to think that maybe someday again the service crew boy will turn out to be a manager in the future.

Many netizens also expressed their reactions towards the post and the boy: 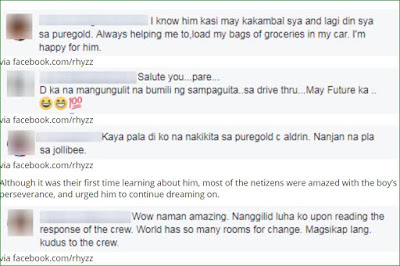