Having come from different countries and falling in love at work, Alex and Donna Voutsinas always believed fate played a hand in them getting together. But now the pair have discovered their destiny could have perhaps been determined when they were small children.
Days before their wedding 20 years later, Mr Voutsinas was looking through his fiancée’s childhood photos and was shocked to recognise his father in the background of a family snap at Disney World in Florida as his future wife, then aged five, posed in the foreground. 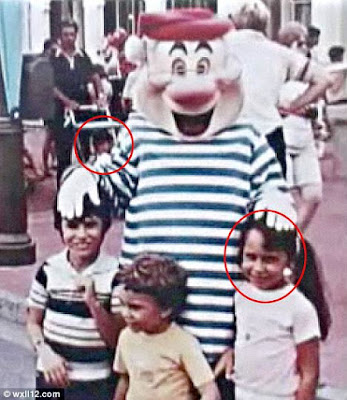 On closer inspection, he realised the toddler in the pushchair with his father was in fact him. ‘Just to be in the same picture with my wife when we were basically toddlers, it’s unbelievable,’ Mr Voutsinas said.
The encounter is even more unbelievable given the two families lived in different countries. At the time the photograph was taken, Mrs Voutsinas was living in Florida and her young husband-to-be was in Canada. 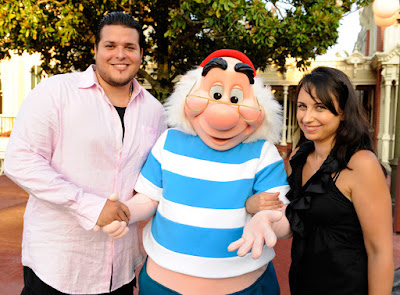 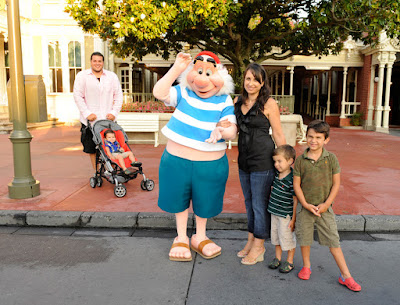 The couple, who have been married eight years and have children of their own, visited Mr Voutsinas’s mother’s house to unearth her photos from the same day and confirmed that they were in fact at the same place at the same time decades earlier. ‘I would have never noticed the background, I’ve seen the picture through the years and of course I was just looking at me and my brothers,’ Mrs Voutsinas said. ‘I was glad he proposed before the picture, because I know that it’s because he loves me and not because he thought it was meant to be, it was fate.’
Source: Dad Logic