Filipino man Herbert Chavez, who calls himself Superman’s biggest fan, has already undergone 26 painful plastic surgery procedures to transform his Asian face into a carbon copy of his idol. “Superman has always been my obsession since I saw one of his movies at the age of four,” Chavez tells EFE, as he stands surrounded by life-sized statues of one of the most popular superheroes in history.

To achieve that, 39-year-old Chavez has subjected his body to intense and extreme medical treatments for almost two decades with the aim of transforming his bronze complexion and Asian features into those of the comic book character; an Occidental man with chiselled features, pale white skin and blue eyes. 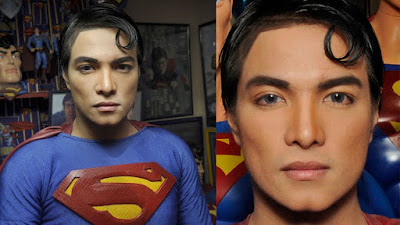 Since 1998, Chavez has undergone surgery on the nose, lips, chin and hips – besides undergoing liposuction and skin whitening procedures – which give him a radically different appearance from the one he had prior to the procedures.

But this has not been enough to satisfy Chavez. He now wants to have lenses implanted to change his eye colour permanently to blue, and a leg lengthening procedure, which is known to be one of the most painful plastic surgeries. 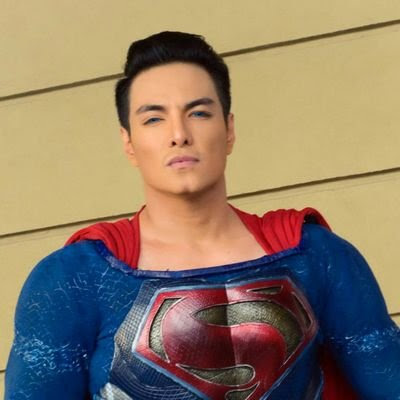 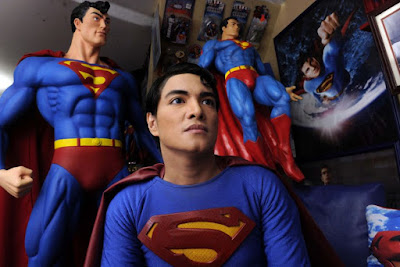 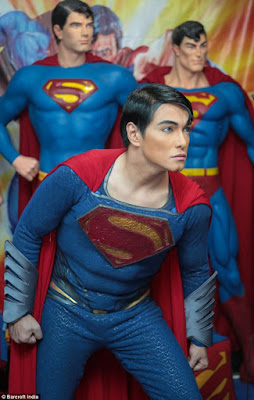 “Pinoy Superman”, as he is known in the Philippines, prefers not to talk about how much money he has spent on changing his appearance, saying that most of surgeries have been free, although in interviews with local media he has put the figure at around US$6000 (NZ$8797).

Chavez, who earns a living with several costume shops, has already entered the Guinness Book of Records for owning the largest collection of Superman memorabilia in the world with 1253 certified items. Chavez says that in reality he has around 5000. However, his main goal in life is to show Filipinos the true meaning of being a superhero.