Most people think of child marriage as something that only happens in other countries—and nobody could imagine it taking place in Europe or America. But what you may not know is that some states in America allow children as young as 12 to legally married. In the US, there are still states where girls can marry while under the age of 16— with parental consent.

Statistics show that girls who marry young are much less likely to finish high school and tend to have more children at an early age. In order to call attention to this important issue, YouTube star Coby Persin staged a social experiment in Times Square, New York. Persin begins his video by introducing the topic. Then the camera cuts to a 65-year-old groom in his tux holding the hand of his 12-year-old bride as the couple pose for wedding pictures. 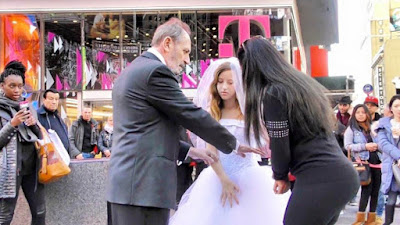 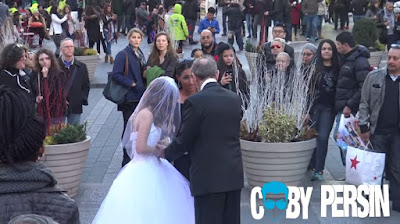 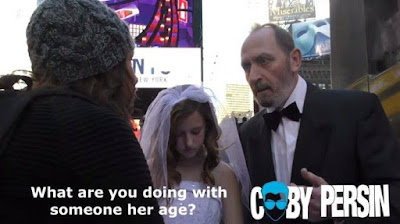 This being Times Square, the couple quickly attract the attention of many onlookers. At first, people seem confused and many of them give the man dirty looks. But soon several people get step in to figure out exactly what is going on. When the groom doesn’t seem to feel shame, the situation gets more tense. Finally, a few Good Samaritans come to the girl’s defense and try to take her away to safety.

It’s a powerful statement of what happens when injustice occurs in front of our eyes. The challenge is how to act when it’s less obvious. Persin captioned the video. “New Yorker’s didn’t stand for a child getting married to an older man, and neither should anywhere else in the world be ok with it!”

The video is both shocking and hopeful at the same time. Watch it here: https://youtu.be/KldFGgUTqKA