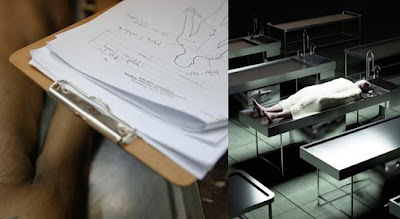 Spanish prison authorities are baffled after a prisoner who was declared dead by three separate doctors woke up in the morgue – just hours before his own autopsy was set to commence. The prisoner, 29-year-old Gonzalo Montoya Jiménez, was found unresponsive in his cell during a morning roll call, and had been transferred to a hospital mortuary in a body bag when pathologists heard something strange.

Jiménez, who was serving time for robbery in the maximum security wing of Asturias Central Penitentiary in north-west Spain, was first attended by two doctors on duty in the prison, after he was found sitting unconscious in a chair in his cell, with no signs of violence being evident. Sensing no vital signs, the doctors declared him dead, and an hour later a forensic doctor inspected the body, concurred with the first evaluations, and issued a third death report. 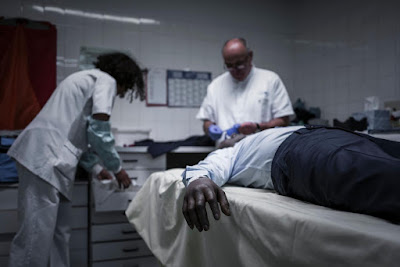 Only later in the morgue did physicians realize something was terribly wrong. By this point, Jiménez had already spent time in a cold storage room to help preserve his body, and his skin had been marked with scalpel guidelines in preparation for his imminent autopsy – at which point the mistaken corpse suddenly stirred. The day before Jiménez was found ‘dead’, he complained of feeling ill, and while it’s unknown exactly what caused his condition, officials described his body as showing signs of cyanosis – a purplish discoloration of the skin caused by poor circulation or lack of oxygen – in addition to rigor mortis.

He was taken to Oviedo’s forensic medicine institute and woke up just as doctors were about to perform his autopsy, said his father Jose Carlos Montoya. 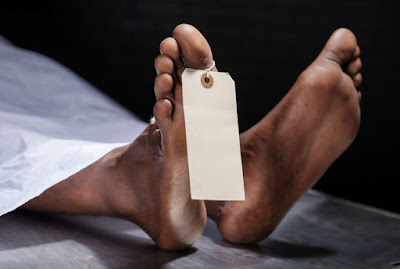 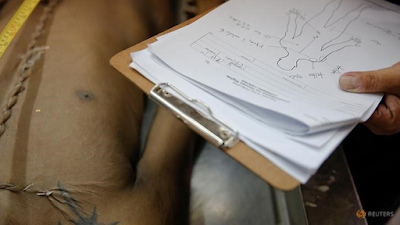 An official probe has now been opened to investigate what exactly happened here, and if any procedures weren’t followed correctly. In the hospital, it took 24 hours before Jiménez recovered consciousness in intensive care, and began to speak, which doctors say is a good sign. When the ‘dead man’ woke up, he asked if he could see his wife.