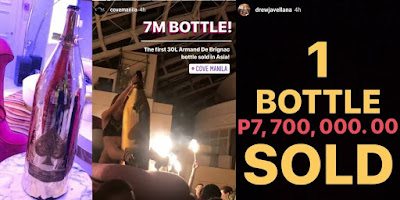 One of the world’s biggest stars now calls the Philippines its “home.” True to its identity, this famed celebrity has rubbed elbows and even had countless tête-à-têtes with the world’s finest men and women. From the most celebrated multi-billionaires to the biggest and the brightest names in Hollywood, this global icon has had the distinct privilege of having dined and toasted with them all. What’s even more splendid was the fact that he earned their admiration with nothing but his exquisite taste and charm. 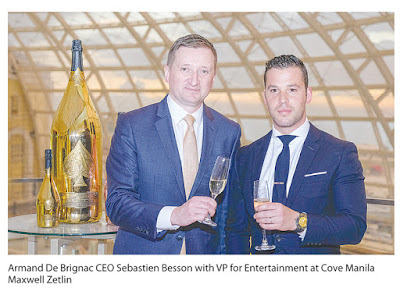 The newest star of Cove Manila—Okada’s sprawling indoor beach club and nightclub touted to be the most exciting entertainment and nightlife destination in Southeast Asia—is none other than the Ace of Spade itself, the luxurious Armand de Brignac, touted as the world’s most expensive champagne. 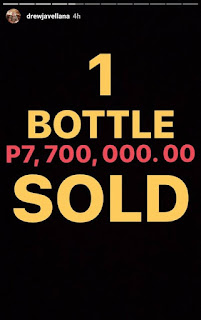 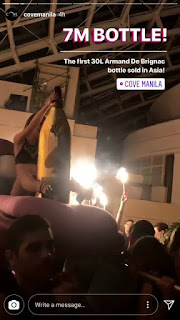 “Armand de Brignac is known for its distinctive taste and iconic bottle, and has successfully gained a global following among celebrities and personalities with an affinity for luxury and glamour,” says Armand de Brignac CEO Sebastien Besson, who flew to Manila in November to grace the official uncorking with Cove Manila executives. “The Champagne leaves an impression in the Southeast Asian nightlife scene by continuing to deliver its promise of superb craftsmanship and exceptional quality.” 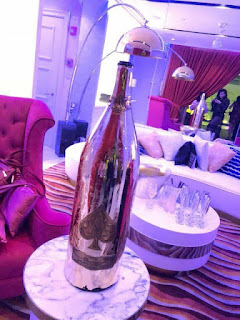 Armand de Brignac, produced by 13th generation wine growers and whose colloquial nickname was inspired by its iconic logo, has been the champagne of choice for icons like football superstar David Beckham, American actor and producer George Clooney, and reality TV star Kim Kardashian. Now, the brand stands as the fitting choice of premium champagne at Cove Manila.
But how much does your squad spend when you drink liquor? You may raise your eyebrows after this news of a champagne bottle worth 7 million was sold last January 1, 2018 at the Okada Manila.
Source: PH Trending