One thing you don’t normally see inside an average Filipino’s home is an elevator. While homes of stars are normally luxurious, it’s not every day that you hear of celebrities having elevators installed inside their houses. Its installation and maintenance do not come cheap, after all. But a number of celebrities have an elevator in their homes.

To recover from a breakup, a friend advised the Kapamilya actress to focus her energy on her three-story house in Quezon City–and that she did, after having her abode renovated to achieve a modern, Victorian vibe. Thanks to the help of Heim Interiors, a reputed interior design firm, the wish was brought to life. According to Angelica, it also helped during the designing process that she knew her home like the back of her hand. One thing you cannot miss if you get invited to her home is her elevator, which had been in the house even before the renovation. Angel Locsin was the first to reveal, in an Instagram post on July 8, 2016, that Angelica’s home had an elevator.  Angel visited her One More Try co-star for some bonding session, and saw that Angelica’s elevator was worthy of a post on the former’s Instagram account. Angel wrote: “may elevator sa bahay?! #abamayaman #picturanyan” 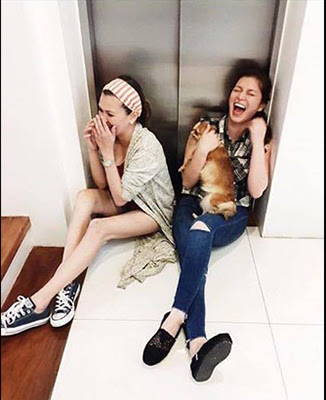 Everybody knows of the “White House of the Lord of Scents”, the grand mansion of Joel Cruz in Baguio. The all-white 3000-sqm, four-story mansion is in contrast to his gold-themed house in Manila. According to the entrepreneur, the lavish home is a joint project between him and his other eight siblings for them “to get back together again once all the siblings are retired”. The fragrance mogul was smart to choose Ruben Payumo, an architech from CJH Development Corportation, for making the interior everything everyone could ever wish for. The mansion consists of a gym, makeup room, spa room, a glass staircase, dining areas, a pool, a play area for children, and of course, an elevator. 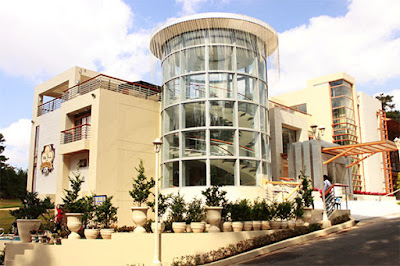 The Mega Star’s former home in Mandaluyong, or as for Sharon’s friends, “The Fortress”, doesn’t have one but two elevators installed inside. Although the abode has only two levels, Sharon had the platforms installed for her sick mom, Elaine, for the latter to easily transfer floors. In addition to the elevator are the home’s guest house, a pool, and a dumbwaiter, a mini-elevator used for easy delivery of food and other small objects between floors. 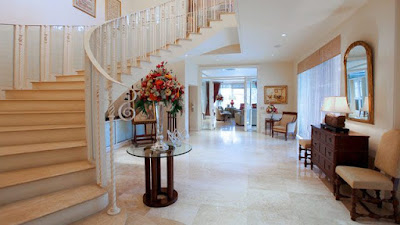 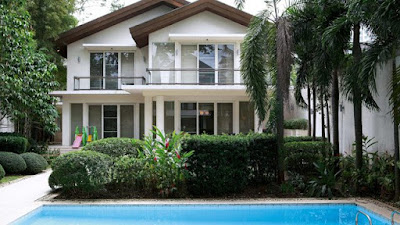 After they tied the knot, the Alcasid couple built their 600-square-meter, three-story house in Quezon City, in which they had an elevator installed in 2013. The home was put up on the same lot that the wife bought prior to their marriage. According to the husband, the platform was built for their parents already in their prime. In an interview Ogie said that: “Kaya po kami may elevator, dahil po nung may sakit po ang ama ni Regine. At, syempre, yong mga magulang ko rin, yong mommy ko ay nasa 85 na rin, tatay ko 83. Mataas po kasi itong bahay namin, so hindi sila basta-basta nakakataas [paakyat]. Andyan na rin po yung elevator, so baka na rin sa pagtanda namin, magamit namin yung elevator.” 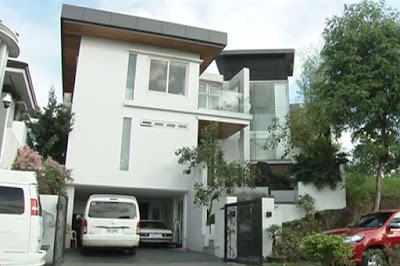 Since 2014, the couple has been living together in Conrad’s three-story, Asian glass home in Makati City. Perhaps the highlight of the house was their tall, glass-paneled elevator. Like Sharon, the architect also has a dumbwaiter inside their home. According to Conrad, however, they still prefer the stairs because it’s “more practical” and a form of exercise for the both of them, compared to the elevator. 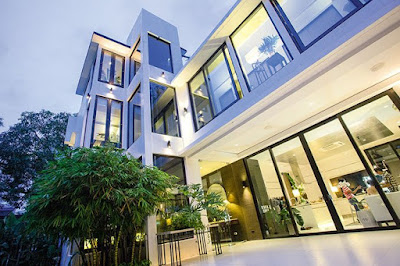