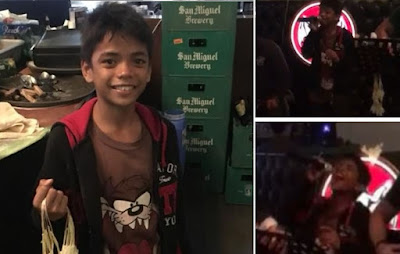 Who would have thought that this kid who sells sampaguita in the streets of Tagaytay is a vocalist of a famous Resto Bar in Tagaytay. During  the past holiday, this boy didn’t mind to walk at the cold night just to sell sampaguitas. But who would have thought that one ordinary night will change his life, as the boy was selling sampaguita in a certain bar was invited to sing on the stage. 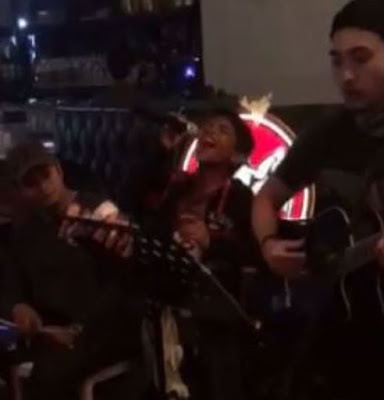 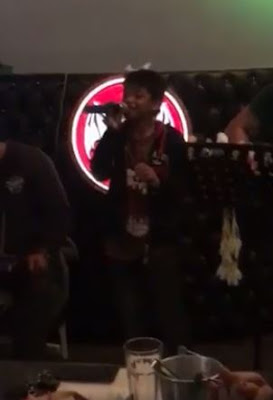 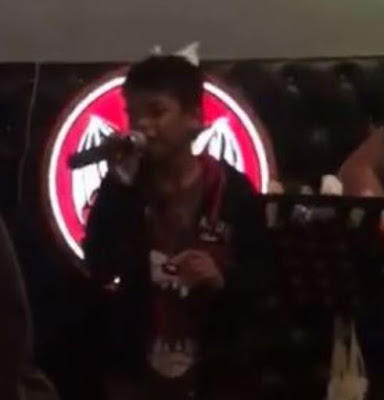 The audience was shocked as the boy sang and amazed them by singing a famous song by Bruno Mars which is Versace on the Floor. A certain netizen named Prince Kleid witnessed the boy while singing on stage and took a video of it. He uploaded the video the night of December 23 and in just a couple of minutes, it gathered more than 8 thousand reactions, almost 60 thousand shares and over 3 million of shares on the social media.

Many netizens have shared their comments on the video wherein they have praised the boy for having an undeniable pure talent. Other netizens tagged famous hsows like Kapuso Mo Jessica Soho in order for the boy to gain viral attention and be one of the featured stories on tv shows which cater out of ordinary human stories. 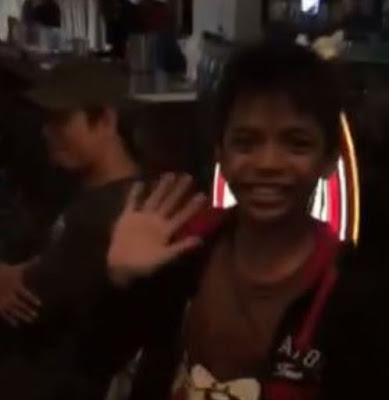 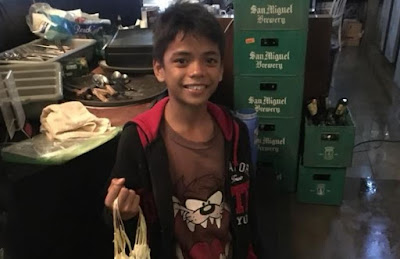 According to reports, the boy’s name was Charles. Another netizen tagged a facebook user named Berlos Charles and it seemed like he is the sampaguita vendor.