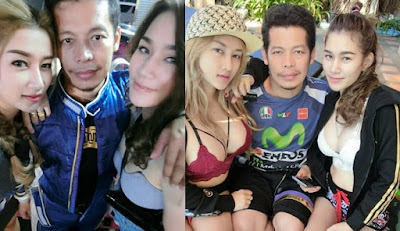 It’s hard enough to maintain a happy marriage between two people and now we hear of a Thai man having two wives? 42-year-old Manop Nuttayothin has been put under the spotlight after netizens found out about his unique family set-up.

It all started when the second wife, Warissara Poksrichan, 32, posted photos of the three of them on Valentine’s Day that got 6,000 shares, “People are bragging about their husbands on Facebook. Well, my husband happens to have two wives!” “It’s been years and I’ve never changed my mind with you. The only thing that has changed is the size of our boobs, 600cc and 450cc. You love them,” Warissara joked about her and the other wife’s breast augmentation. 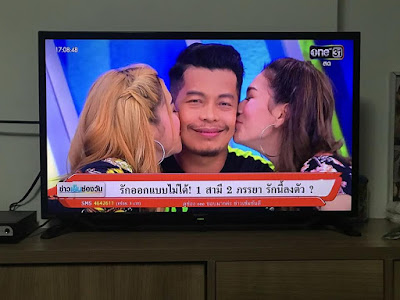 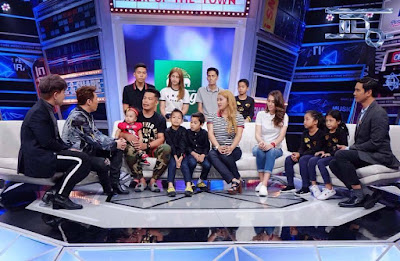 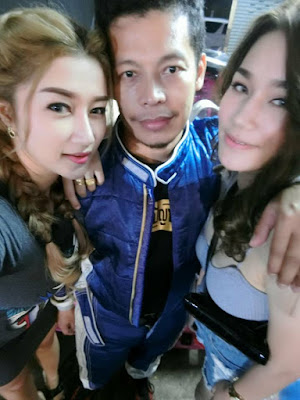 The husband Manop Nuttayothin, 42, told local media that he originally had three wives, but his first wife “Dear” passed away after they had three children together. He has been living with his second wife Warissara Poksrichan, 32, for over a decade and, at some point after that, added Nattaya Tongpan, 26, to the marital mix. He has three children with each of them.

The two wives help with Manop’s business, selling car parts at major racing events in Thailand. Manop said that he gives the two wives a salary but refused to say how much he gives them. But Nattaya said it’s not about money, “He mostly invests in the kids.” Warissara agreed, “That’s true. For the kids, he gives them 100 percent. For the wives, if we asks him for THB1,000, he’ll only give us THB200,” she said with a smile. 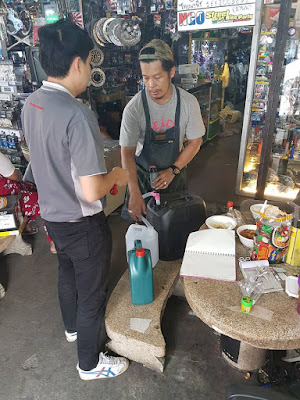 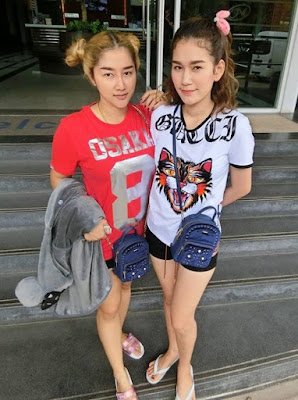 For Manop, he admits he’s a lucky guy to have had three wives, and the secret to a happy marriage is that he immediately shuts down conflict it arises. “Whenever there’s problem, I talk to them about it on that same day.” He added, “Sometimes it happens. I’ll overlook something and realize that I treated one wife better than the other. When I understand that’s a problem, I make sure I treat the two of them equally. We do the same things. We do everything at the same time. It’s the best.”

For Warissara, she said that the she focused on building a home with her husband and Nattaya, and the two wives never fight. Warissara said that her husband is a fair man. He’s also attentive and hardworking. “It’s all about understanding. We love each other. We care about each other. Because of that, we’re happy. I really believe so,” Warissara said.