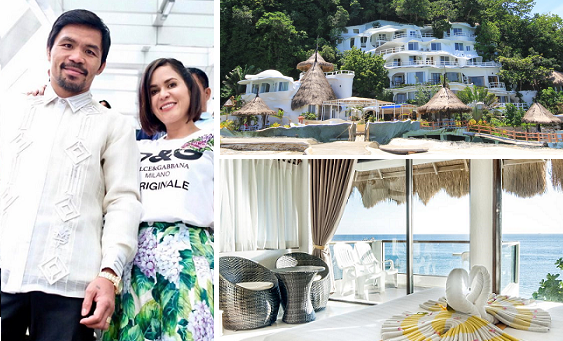 Many believed that West Cove Boracay Resort is Pacquiao’s resort in Boracay. Locals and tourists usually include this in their island hopping tour package as part of the tourist attractions in Boracay.
The reality is that this rumored Pacquaio’s Resort in Boracay is not actually owned by Manny himself but instead by Crisostomo Aquino, a businessman, a friend, and official flag bearer whenever Pacquaio has a fight. 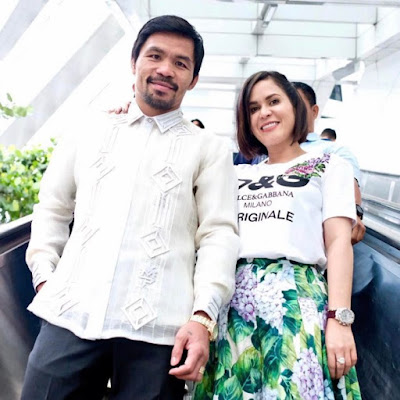 It was named Pacquiao’s resort in Boracay because Manny together with his wife Jinkee Pacquiao and his kids have been sighted staying at the Santorini-inspired hotel, a world-famous hotel in Greece. 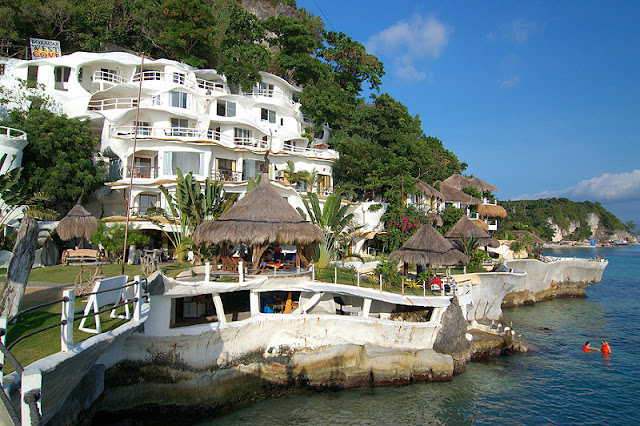 Right after Manny’s victorious fight against Mexico’s Juan Manuel Marquez in March, he and his wife visited the Boracay resort. A lot of people would say that Manny just denies it so people simply disregard the news and give credit to Aquino instead. 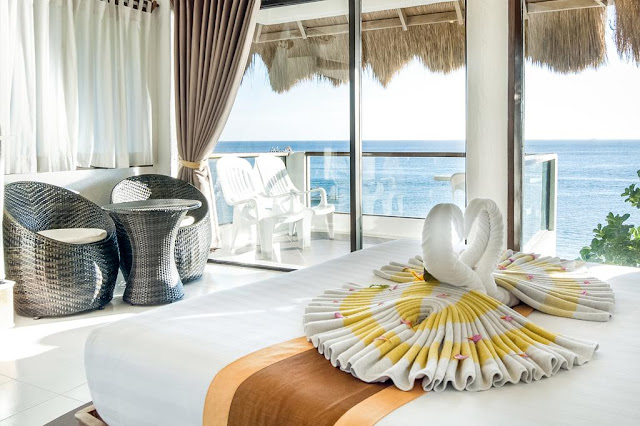 The Boxing champ has never admitted that he owned the 930-square meter, 120villa resort in Boracay. 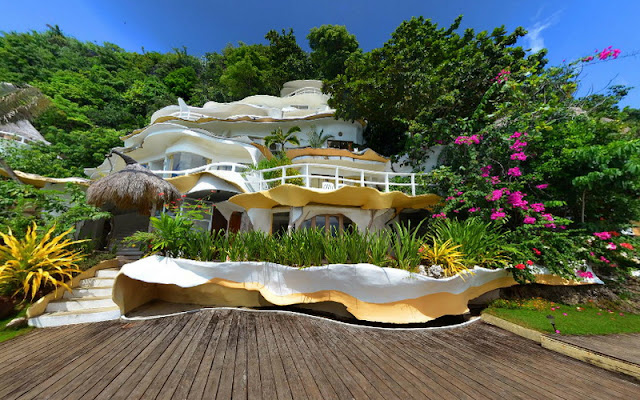 If you’re planning to visit the resort in Boracay, it is only accessible either through a tricycle ride from Boracay Stations 1,2 and 3 or by motorboat. Cabanas, made from nipa and molave planks, surround the whole cove. 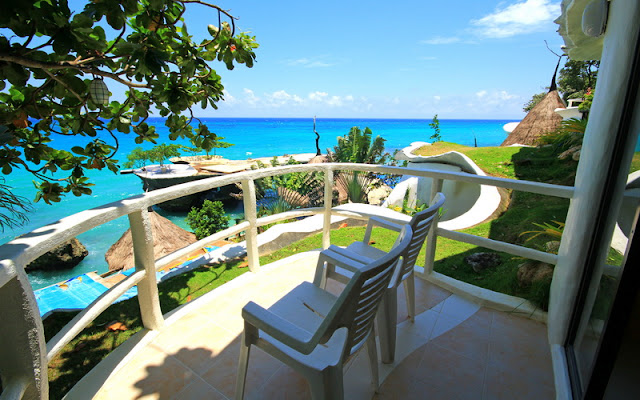 The resort has a breath-taking view and wonderful ambiance. It’s also used as a wedding and reception venue because of its secluded luxury, peace and sumptuous offering. 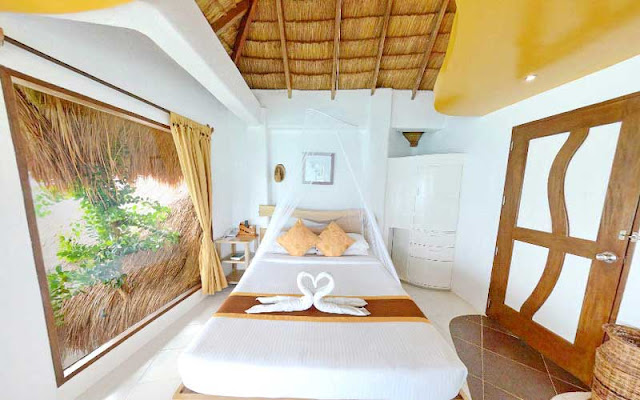 Each cabana is equipped with comfortable lounges where guests can take a nap, read and have a relaxing massage or simply chat while enjoying the cool sea breeze.
source: insidereaders.com