A Woman from China has divorced her paralyzed husband and married his best friend for one touching reason.


Xie Xiping from China has been caring for her husband Xu Xihan for 14 years since a minor accident in 2002 left him paralyzed from the waist down.

Xie Xiping has been nursing her husband for almost 14 years already and has shown a bizarre way of devotion towards him. She divorced his husband and married his best friend so that they can take care of him together. 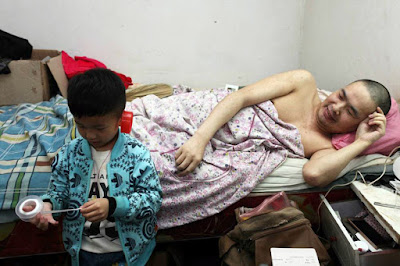 The ex-couple were married in 1996 and had a daughter and a son.


But Xu was worried when his friends told him that his wife, Xie, would leave him behind because of his condition. However, his wife proved them all wrong. Xie insisted to stay and take care of him, along with their children. 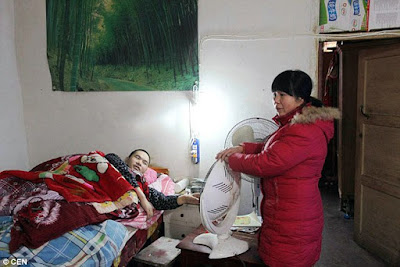 The loving husband felt that his wife deserves a better life and told her that she should divorce him and be happy with someone else. He said to his wife, “If you do not leave me, I will be with you until the end.” 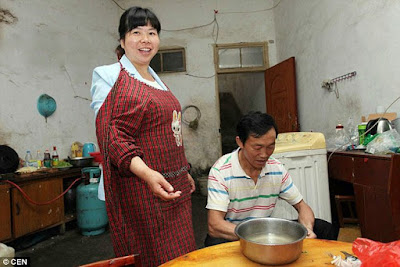 Xie refused to listen and chose to remain to care for him. But as time went on, she took her husband’s advice and the couple divorced in 2009. However, Xie struck up a relationship with his colleague and friend Liu Zongkui, under his loving husband recommendation, and the couple eventually got wed. 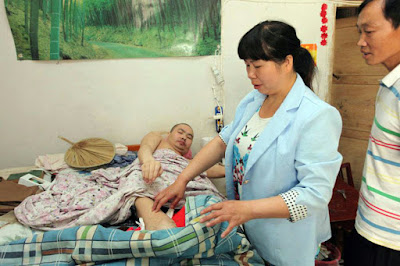 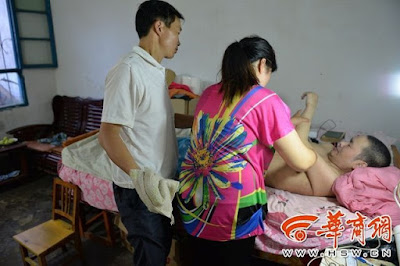 Xie then gave birth to Liu’s son and the now the family all happily live together under one roof.