Celebrity couple Billy Crawford and Coleen Garcia officially tied the knot last Friday, April 20 in Balesin Island. Just like what the actress said last year in an interview, they went for a beach wedding venue and we spotted the setup on Instagram.

After several prenup teasers, the couple finally had the most beautiful wedding they can ever imagine. The couple had one request to their wedding planners and that is to match the sea behind them as they exchanged vows. 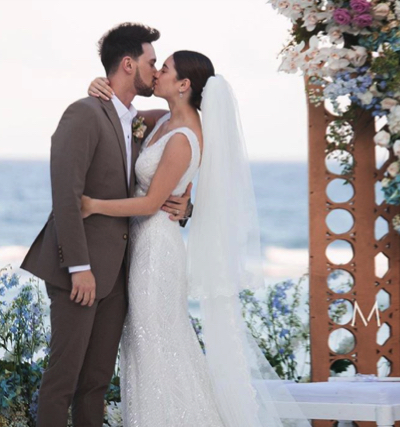 The before and after shots of their wedding venue was captured by Gideon Hermosa, the couple’s events planner. The venue was transformed into a dreamy and magical wedding venue that made the most memorable wedding of this year.

According to him, they took inspiration from one of the world’s most beautiful coastlines, the French Riviera, for the overall look of the venue. 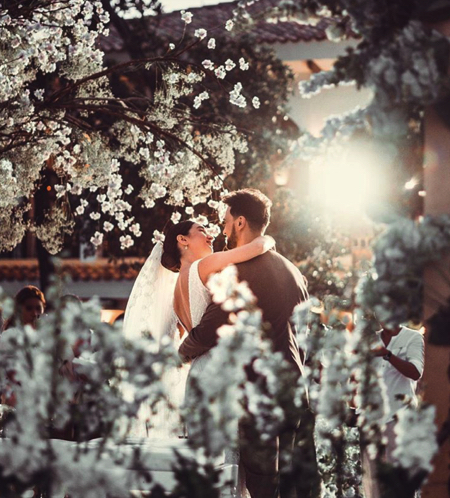 Their wedding setup made use of 46, 000 imported flowers from Asia, Africa, and Europe. Hermosa and his team made sure it would give a lavish, dreamy and ethereal vibe. 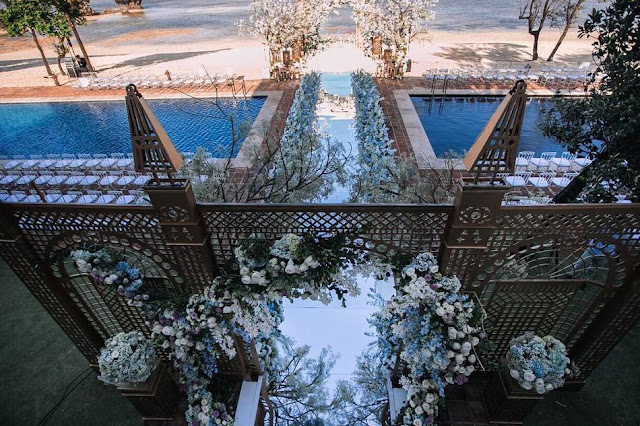 The wedding ceremony started around 3:30 in the afternoon and was held at the Costa del Sol Village in Balesin Island Club.

The blooming bride wore a custom Andrea Tetangco beaded jumpsuit before changing into her actual wedding gown made by Israeli designer Galia Lahav. Coleen completed her look with a pair of white Christian Louboutin heels and a lace veil. While Billy wore a crisp, dark brown suit by Edwin Tan. 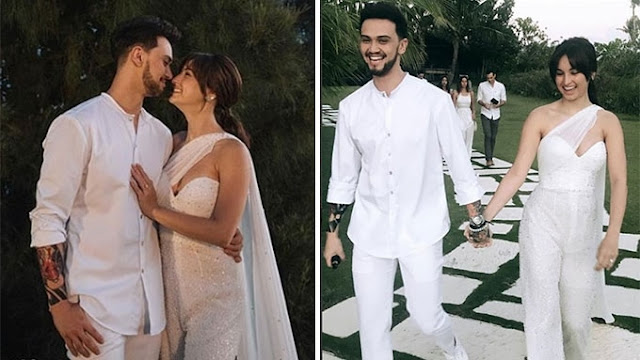 The event planners shared a photo of the couple and their specific tastes for the wedding. Ycoy wrote “For Billy and Coleen’s wedding, we came up with finely curated details. Keywords: dreamy, light, fresh.”