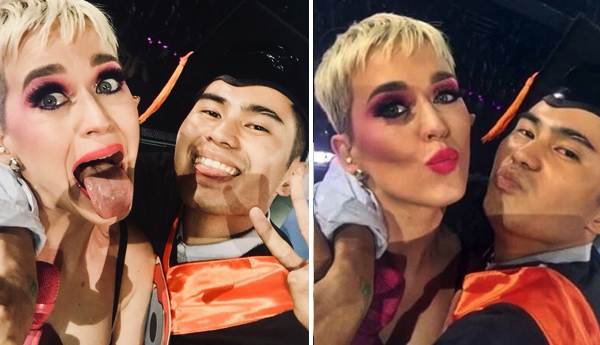 Katy Perry once again wowed the her Filipino fans with her “Witness: The Tour” concert at the Mall of Asia Arena in Pasay City on Monday night, April 2, 2018. Filipino “Katy Cats” were no doubt ecstatic to have witnessed the pop diva perfrom yesterday at Sm Mall of Asia Arena.

The show was indeed colorful, playful and whimsical showing the singer’s evolution over the past 10 years. Among the lucky ones who made it to Katy Perry’s concert was Josh Madrid.

During the middle of Katy’s concert, she asked an audience to come on stage and teach her a few Filipino words. This lucky twenty year old I.T. student was picked by Katy Perry to go on stage where they sat on the floor as he tutored her on Filipino phrases. 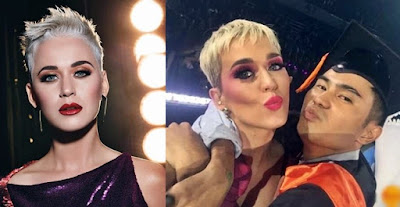 While onstage, Katy asked the lucky fan to teach her the Tagalog words for “I’m happy to be here” and “quiet” since the crowd got so excited with Katy’s encounter with the fan wearing his toga.

The pop diva then asked why he was wearing toga with Katy’s name and tour logos on them, Josh said that it was because he wuill be graduating as an I.T. college student the next day. 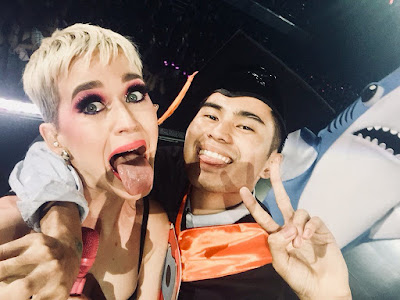 The singer then generously allowed him to take selfies with her to fill his phone’s memory iwth the unforgetabble and once in a lifetime encounter with the superstar.

Before the lucky fan left the stage, Katy Perry asked the audience to give Madriano a round of applause as she jokingly said “now get off the stage”.

The Witness Tur was truly a worth every peso spent by Filipino fans who were certified Katy Cats and many of them wore outftis fashioned after Katy’s previous wardrobe.