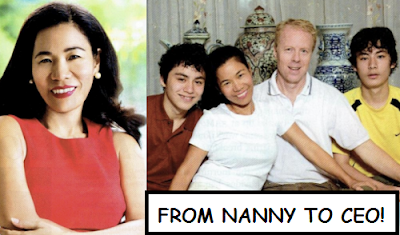 At the formal opening of the nomination process for the 2014 Asia CEO Awards, an annual event that recognizes top-performing Filipino business leaders across Asia, founder Rebecca Bustamante-Mills brimmed with excitement. As the founder and president of Chalré Associates, a multinational recruitment firm for senior management executive positions, a typical day for Bustamante involves dealing with foreign companies and coordinating with local and foreign business leaders and economists for lectures and seminars.

The seventh of 11 siblings, Bustamante grew up in poverty. She was 18 when her mother died, forcing her to leave her hometown of Dasol, Pangasinan and work in a factory in Bataan to put her younger brothers and sisters through school. Their father had no steady job. In 1986, when she was 19, Bustamante began working as a domestic helper in Singapore. During her three years in the job, she also studied Accounting at the Open University of Singapore Institute of Management. She was even able to finish the undergraduate program without her employers knowing it. 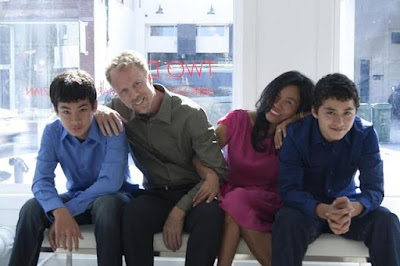 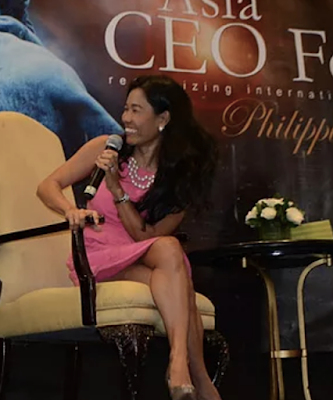 To earn more money for her family, Bustamante then decided to work as a nanny in Canada for almost four years while pursuing her graduate studies in Accounting and Marketing at Ryerson University in Ontario.

When a friend pressed her to go on a date with a businessman named Richard Mills, Bustamante checked his profile first on the internet. She admitted she was not playing fair, as she lied to him about her family background and financial status. However, after a few weeks of dating, Mills wanted to introduce her to his parents. 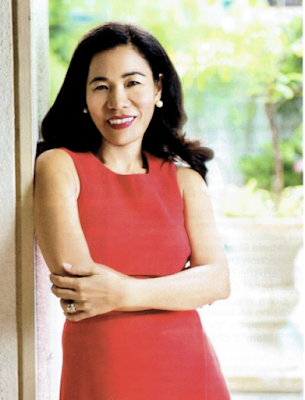 “I said, ‘Oh my gosh, I have to tell him the truth!’…That’s when I said who am I, my background and why I did not give him my real story. And he said, ‘I’m still really interested to meet you’…so that’s when the relationship blossomed,” Bustamante said. She brought Mills to the Philippines and introduced him to her family. When she was 31, she and Mills got married. They now have two sons, ages 15 and 16. “I guess the relationship developed because we both believed that love can be developed, instead of being so in love right away…Now we are like, best friends, husband and wife, and best partners,” Bustamante said.