Homemade Slimes has become the latest craze today among children because they can now make their own gooey toy just by using household items. It sounds like a fun science project for kids but some of the ingredients of homemade slime are causing safety concerns and may potentially hurt your kids.


The ingredients for homemade slime are water, glue and borax, a household cleaner. According to some reports, exposure to the ingredients has lately injured a lot of children.

According to a pediatrician at NYU Medical Center named Dr. Robin Jacobson, “Borax can cause burns especially when you touch it multiple times. When you’re mixing it up, Borax can get in the air and irritate your airways.  If kids put their hands in their mouths by mistake, it could be toxic.” 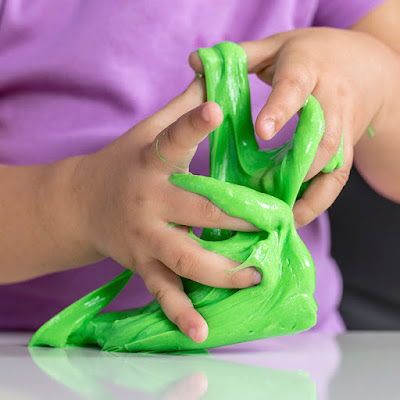 Borax is highly alkaline, which is why it’s a great household cleaner. But this ingredient is also known as eye, nose and respiratory tract irritant.


According to some news, there were reports of children receiving blistering burns on their hands after making and playing homemade slime.

The factors that determine the severity of a burn are chemical burns from heat.The longer a person is exposed to the chemical, the more severe the burn will be.


Hundreds of videos are popping on the Internet showing kids how to make homemade slime. Health experts are warning parents to keep children away from doing homemade slime or DIY slime because this could potentially hurt their health.