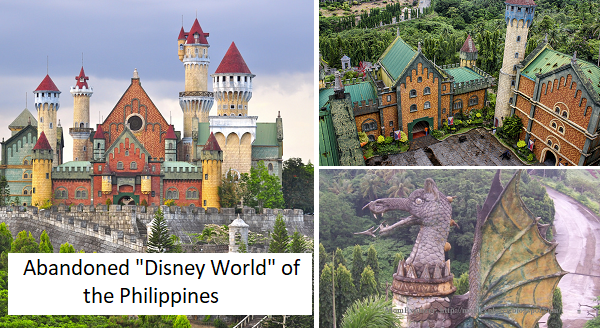 Any kid or even kids at heart would dream to visit the happiest place on earth which is Disneyland. Sad to say, if you are in the Philippines you need to travel abroad if you want to go there. We almost got lucky to have our country’s own Disney World however, it failed.
The Fantasy World in Lemery, Batangas was supposed to be the Disneyland of the Philippines, but this beautiful castle-like work was left unfinished due to its one main reason. It was designed to be the grandest theme park in the country but was never finished and everything remained just a fantasy. 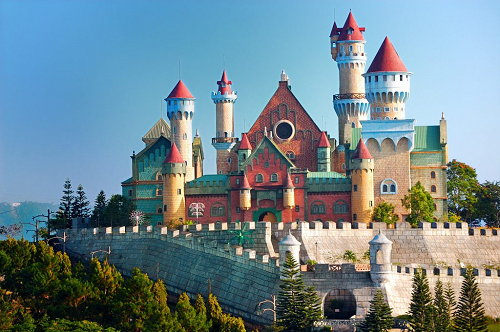 Built in 2001, the supposedly magical place is only a four-hour drive from Manila. It was once owned by a Japanese businessman. 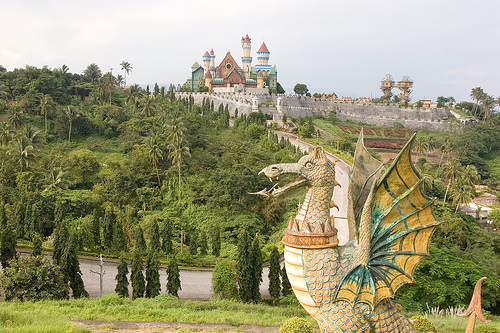 According to some source, the businessman who built the park had financial problems and then got ill. Unfortunately, the construction of Fantasy World was left unfinished and now the supposed to be happy and lively castle was left abandoned. 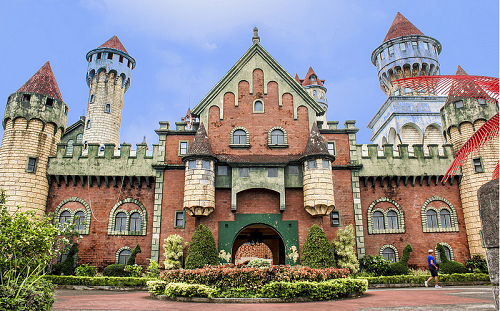 It could have been an amazing amusement park if ever but its potential huge success was completely wasted. The park is situated on a 195 hectare of land which is supposed to be a Disney-inspired theme park with a condominium building for visitors.
The ECE Realty Corporation decided to turn the park for visitors who wants to do photoshoots. It is currently being handled by the Homeowners Association. 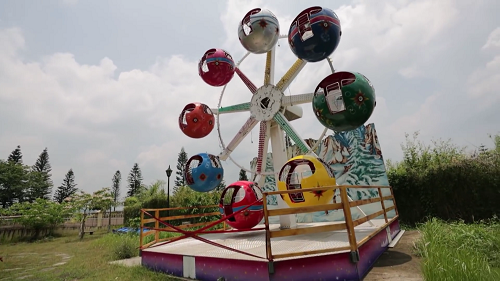 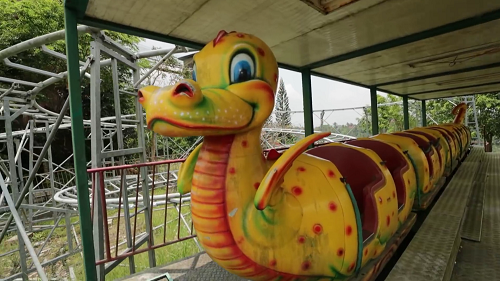 Fantasy World is open to the public but there is an entrance fee of Php1,000 up to 10 people which is why it is better if you come in groups. However, if you are a solo traveler, you still need to pay the same full amount to get it.
The park is good for picture taking if you wanted your background to be in a medieval-like age or a prince and princess living in a castle. 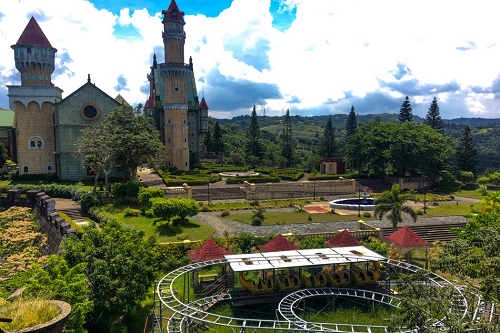 Aside from the castle, other attractions are the children’s fun rides which are no longer operational but picture worthy as if they were from a creepy amusement park just like in the movies.
If someone would just be willing to restore and develop the park, it could have been one of the famous amusement parks in the country.